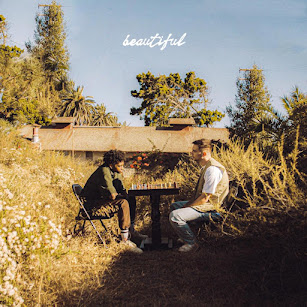 Posted by URBANMUSICBUZZTEAM at 1:13 PM

TMZ has learned the deal closed Friday, with an unknown buyer scooping up Drake's former pad for $12 million ... which is well below the $14.8 million asking price.

Remember ... Champagne Papi's YOLO estate is made up of 3 contiguous homes in an exclusive neighborhood in Hidden Hills.

Drake put the entire compound on the market back in March, drawing interest from celebs like Britney Spears and Caitlyn Jenner, before Los Angeles Rams quarterback Matthew Stafford dropped $11 million on the 2 smaller homes.

The main residence, which just sold, is an English Tudor ... and it's 12,500 square feet of pure luxury.

The place has all the bells and whistles ... including 6 fireplaces, a wine cellar and tasting room, plus a 25-seat theater and naturally, a recording studio.

The backyard is a total oasis ... featuring a huge swimming pool with a spa grotto, swim-up bar, waterfalls and an 80 foot long rock waterslide, surrounded by big-screen TVs.

Oh and Drake's place also has separate courts to play tennis, basketball and sand volleyball ... plus a horse stable, equestrian ring and a mechanical riding bull.

Safe to say the new owner will be well entertained.

Posted by URBANMUSICBUZZTEAM at 1:17 PM

While UrbanMusicBuzz has been teetering a little, but not out of the woods by retiring, we are soon getting ready to celebrate a 12 year anniversary! Hurray, Hurray!

Due to the unfortunate circumstance that host Chris Tian has been mourning the loss of his father, Tian does not want to quit hosting UrbanMusicBuzz radio show. Tian wants to keep supporting amazing musical artists and really enjoys listening and sharing their stories to the listeners on the show.

Chris, not only a host here at UMB, but he’s also an exquisite r&b artist with lots of soul and is getting ready to drop new songs very soon. The over five octave vocalist is currently writing and producing soulful house / EDM dance music. His latest single will soon be announced!

Please keep checking back on Tian’s latest accomplishments with us anytime!

Please check out Chris Tian on social media at links below:

Posted by URBANMUSICBUZZTEAM at 12:53 PM 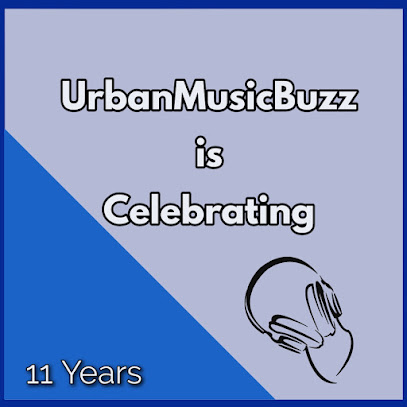 UrbanMusicBuzz is proud to announce our eleventh year anniversary! We are grateful for the amazing & talented people who we've interviewed along our exciting journey and many more fun things yet to come!

Posted by URBANMUSICBUZZTEAM at 10:22 AM 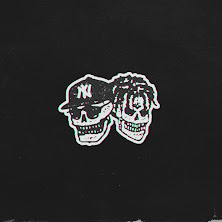 Posted by URBANMUSICBUZZTEAM at 9:14 AM

Post Malone’s brought the magic touch to one collectible shop ... 'cause his mere presence alone brought fans out in droves to watch him spend bank on Magic: The Gathering.

We're told the "Circles" rapper hit up the super popular Frank & Son Collectible Show shop Thursday in Industry, CA -- just outside L.A. -- and he was on the hunt for some very pricey 'Magic' cards.

For the too-cool-for-school kids ... MTG is a collectible and digital collectible card game that hit the market back in the early 1990s. The game astoundingly has around 35 million players as of 2018, and more than 20 BILLION cards have reportedly been produced to meet the incredible demand!

As you can see ... Posty's a HUGE fan, and once fans got word he was in town looking to plunk down some serious cash, they swarmed the collectible shop as if he were the Pied Piper.

We're told PM signed autographs for fans before dropping thousands of dollars on a slate of cards. He's so passionate about the game, he was rocking an MTG button-up when he appeared on "Late Night with Seth Meyers."

Fans went bananas trying to figure out how to get their hands on the $135 shirt. They also started speculating it was probably PM who dropped $511k for the highly-coveted alpha Black Lotus card when it sold earlier this year.

No word if Posty's behind that transaction, but lets not forget -- he's no stranger to dropping serious cash for the things he loves most.

Posted by URBANMUSICBUZZTEAM at 9:07 PM

Not holding back! The Weeknd called out the Grammys hours after the 2021 nominations were announced on Tuesday, November 24.

All of the Biggest 2020 Album Releases: Selena, Justin, Dua Lipa and More

“The Grammys remain corrupt,” the “Blinding Lights” singer, 30, tweeted on Tuesday. “You owe me, my fans and the industry transparency…”

The Weeknd was shut out completely by the Recording Academy despite his album, After Hours, and its many singles being a staple on the airwaves. During 2020, he had two singles land in the top 10 on the Billboard charts and six songs make it on the Billboard Global 200 list.

The “Save Your Tears” artist, who earned eight 2020 American Music Awards nominations last month and won three trophies on Sunday, November 22, was not alone in his gripes against how the Grammys picks nominees. Justin Bieber and Nicki Minaj threw shade at the awards show on social media for their own reasons on Tuesday.

The “Yummy” singer, 26, who was nominated for four Grammy Awards, including Best Pop Vocal Album voiced his issues with his album, Changes, being classified as a pop album and not a R&B record.

“Please don’t mistake this as me being ungrateful, these are just my thoughts take em or leave em. Thank you to the people who fought for me to even have any noms,” Bieber prefaced his Instagram message regarding his gripe with the academy.

The Canadian crooner penned a let to the Grammys noting he is “flattered to be acknowledged and appreciated for my artistry” before breaking down why his album should not be classified as a pop record.

“I am very meticulous and intentional about my music. With that being said I set out to make an R&B album. Changes was and is an R&B album,” he wrote. “It is not being acknowledged as an R&B album which is very strange to me. I grew up admiring R&B music and wished to make a project that would embody that sound. For this not to be put into that category feels weird considering from the chords to the melodies to the vocal style all the way down to the hip hop drums that were chosen it is undeniably, unmistakably an R&B album!”

He concluded by saying he “absolutely love[s] Pop music, [but] it just wasn’t what I set out to make this time around. My gratitude for feeling respected for my work remains and I am honored to be nominated either way.”

Exes Who Attended Awards Shows: From Jen and Brad to Selena and Justin

Minaj, for her part, brought up a past Grammys issue after Bon Iver earned a nod for Best Pop Duo/Group Performance for his collaboration with Taylor Swift on “Exile.”

“Never forget the Grammys didn’t give me my best new artist award when I had 7 songs simultaneously charting on billboard & bigger first week than any female rapper in the last decade- went on to inspire a generation,” the “Tusa” rapper, 37, tweeted. “They gave it to the white man Bon Iver. #PinkFriday.”

Minaj was up against Bon Iver, which is a folk group founded by Justin Vernon, in 2012 for Best New Artist, which she lost. Bon Iver also took home the trophy for Alternative Music Album that year. The “Anaconda” rapper, however, has yet to win a Grammy.

Posted by URBANMUSICBUZZTEAM at 1:23 PM

URBANMUSICBUZZTEAM
UrbanMusicBuzz is a WorldWide Black Entertainment press site sharing the latest breaking news from both major and independent artists around the globe. We spread the universal buzz online!